This page is dedicated to those fallen heroes who gave their lives while serving this great nation as peace officers.
Your end of watch (EOW) arrived and we thank you for your service – We will take it from here.
May God bless everyone one of you! 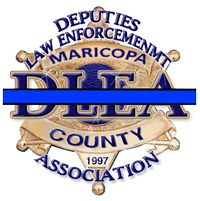 Live your life that the fear of death can never enter your heart. Trouble no one about their religion; respect others in their view, and demand that they respect yours.
Love your life, perfect your life, beautify all things in your life. Seek to make your life long and its purpose in the service of your people.

End of Watch: Tuesday, May 1, 2012
Cause of Death: Vehicular assault

Deputy Sheriff David Wargo succumbed to severe head injuries sustained nine years earlier when he was dragged by a vehicle in a supermarket parking lot at the intersection of 83rd Avenue and Camelback Road.

End of Watch Sunday, January 8, 2012
Cause of Death: Gunfire

Deputy Sheriff William Coleman was shot and killed while responding to a burglary call in Anthem at approximately 4:15 am.  As he and another deputy arrived at the scene they encountered a male subject inside of a van at a medical building near the intersection of Anthem Way and Gavilan Peak Parkway.

Deputy Blair was shot and killed while responding to a domestic disturbance call at an apartment located at 13517 W. Glendale Road.

Deputy Gonzales was killed in an accident while en route to join the pursuit of two burglary suspects. He swerved to avoid a car and slammed into a parked cement truck.

Sergeant Patrick Riley was struck and killed while directing traffic in a construction zone at 64th and University Streets. He was standing in the middle of the intersection with a four-way flashing red lights. After waving through a double tractor trailer to turn left around him, he turned his attention to a car approaching the intersection and at this time his shirt became caught by the fender of the turning tractor trailer, dragging him under the dual tires where he was run over and killed.

Deputy Vernon Marconnet was shot and killed after he stopped to investigate two suspicious vehicles near a canal bank along S. Carver Road around 32nd Avenue.  He found a father and three sons who had been drinking and arguing. Just after Deputy Marconnet called for backup, a 911 call was received stating that an officer was in trouble. When officers arrived they found Deputy Marconnet dead beside his car. All four subjects were arrested and charged with murder.

Corporal McCloud was killed in an automobile accident at approximately 2100 hours while on a traffic call. Another vehicle struck his patrol car at 107th Avenue and Camelback. Several witnesses pulled him from the vehicle and performed CPR until paramedics arrived. He was flown to a local hospital where he succumbed to his injuries.

Reserve Deputy James Epp drowned while attempting to save two women trapped in a car when a river flooded onto a road.  Deputy Epp and a civilian who were trying to help were swept away by the river as they attempted to attach a chain to the car. His body was found one mile downstream.

Deputy Butler was killed when his patrol car was struck by a tractor-trailer. Deputy Butler received a radio call for assistance at fatal accident. After turning his car around off the pavement, he pulled back on the road directly in the path of a large tractor-trailer rig. Pinned in the wreckage, Deputy Butler waited more than an hour and a half for an ambulance to come from Phoenix because the local emergency vehicles were in service twenty-five miles away at the earlier accident.

Deputy Stone and Deputy Warren LaRue were shot and killed by a man as they attempted to seize his mobile home at 5344 E. Van Buren Street to satisfy an $833 judgement.  The man produced a gun and shot Deputy LaRue in the back four times.  Deputy Stone returned fire hitting the suspect five times as the suspect shot him three times.  Both deputies and the suspect died at the scene.

Deputy Warren LaRue and Deputy Rex Stone were shot and killed at 5344 E. Van Buren Street by a man as they attempted to seize his mobile home to satisfy an $833 judgement.  The man produced a gun and shot Deputy LaRue four times in the back.  Deputy Stone returned fire hitting the suspect five times as the suspect shot him three times.  Both deputies and the suspect died at the scene.

Lieutenant Dorn was shot and killed by a stranded motorist he had stopped to help.  The suspect had been visited recently by deputies inquiring about his delinquent taxes.  Believing that he was about to lose his trailer home, the man jumped out of his truck and began firing without warning, killing Lieutenant Dorn.  Despite being mortally wounded, he was able to return and wounded the suspect.

End of Watch: Saturday, October 5, 1957
Cause of Death: Aircraft accident

Sergeant Gerald Barnes and two other deputies were in the agency’s Piper Tri-Pacer plane when it crashed into the Arizona Canal on the Salt River Reservation, seven miles northeast of Scottsdale.  The deputies were conducting an aerial search for a stolen vehicle when it struck a power line across the canal.  The plane landed upside down in four-feet of water in the canal.

End of Watch: Monday, January 8, 1951
Cause of Death: Automobile crash

Deputy Wickstrum was killed in an automobile accident at N. 3rd Ave and W. Fillmore Street while responding to a sighting of a wanted murderer.  He was killed in the crash when his car was hit by another vehicle.

Deputy Roberts was shot and killed after responding to a report of a murder at a factory.  An enraged former employee had just killed his ex-boss and when Deputy Roberts approached the suspect shot him.  As Deputy Roberts lay wounded, the suspect took his gun and shot him again, killing him.

Deputy Sheriff Lee Wright succumbed to gunshot wounds sustained two weeks earlier in Chandler, Arizona, while attempting to arrest a group of criminals who were on a cross-country crime spree.  Two of the subjects, a man and woman, had murdered Corporal Brady Paul of the Pennsylvania State Highway Patrol on December 27th, 1929.  They had picked up a third subject who had recently been released from prison in Texas.  The trio then abducted a Pinal County, Arizona, sheriff’s deputy.

End of Watch: Sunday, April 9, 1922
Cause of Death: Vehicle pursuit

Deputy Dana was killed when his motorcycle was struck by a patrol car in pursuit.  When Deputy Dana saw a speeding car, he pulled out from a side street and was stuck by another officer’s car.

K-9 Ado’s handler arrived at the Canyon Lake Aid Station for briefing and to finish paperwork, leaving Ado in the patrol vehicle parked under the carport in the shade with the hood up and AC on.  After returning to the vehicle, the officer found Ado down and barely breathing.  He got him out of the blazer and called for help.  Ado was flown out by a news helicopter to a vets office.  Because of this incident, covers were put over all air conditioning controls to prevent K9’s from accidentally shutting them off and the K-9 vehicles were equipped with heat alarms/pagers.

K-9 Sam was poisoned while in the backyard of his residence. The suspect knew that Sam was a police dog due to the Sheriff’s vehicle being parked out in front of the house.